"Walk in My Shoes" in the United States

On Saturday February 26th, states around the country show solidarity with their union brothers and sisters in Wisconsin.

In Boston, this shoe "installation" was displayed on the steps of the State House and alludes to the following quote from now President Barack Obama's election campaign speech in South Carolina, 2007:

"And understand this: If American workers are being denied their right to organize and collectively bargain when I’m in the White House, I’ll put on a comfortable pair of shoes myself. I’ll walk on that picket line with you as president of the United States." 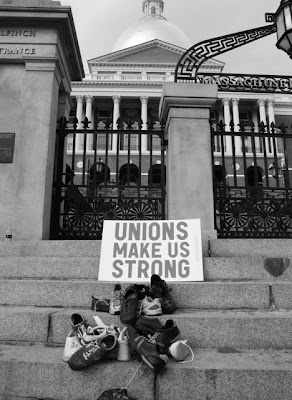 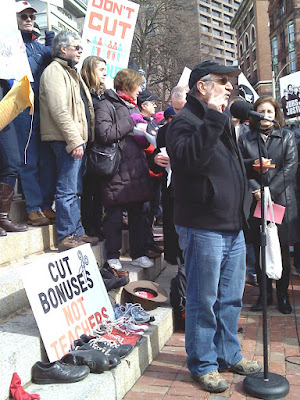 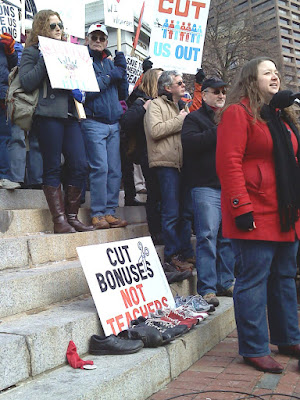 photos by jw
Posted by The Politics of Shoes at 12:00 PM